From box stores to thinking outside the box, how has COVID-19 impacted your marketing strategy? How can you use WebAR to reach your audience with a revenue generating experiential campaign?

Imagine if you could add a URL to anyplace or anything in the physical world, launching it to 5 billion people worldwide who have access to a mobile device, a.k.a, their virtual portal. Today, this paradigm shift is underway, making the physical infrastructure of the world a clickable interface. This is the power of WebAR, a frictionless experience that allows anyone to access the three dimensional AR web from anywhere, anytime. Now, people can interact with content and transact in a way that recreates the excitement of an IRL experience with even more features than before — and unlike AR experiences of the past, no app download is required.

50% of smartphone users are more likely to use a company or brand’s mobile site when browsing or shopping on a smartphone because they don’t want to download an app.

The COVID-19 pandemic has reinvigorated the interest in AR for Ecommerce, with 90% of companies with annual revenues of $100 million to $1 billion leveraging AR or VR technology in their digital strategies (Deloitte). Not only does AR allow brands to engage with consumers while remaining socially distant, it’s also cheaper than sustaining location based retail centers.

Due to the global pandemic, purchasing goods and services online has become the safest way to shop and sometimes the only way to connect with your favorite brands. By bringing products into the home, and recreating the spontaneous experience of window shopping, WebAR bridges the gap between Ecommerce and in-store activities.

The following list includes examples of how product visualization can engage your audience:

These AR shopping experiences transcend 2D media capabilities, connecting places, spaces, and products. Your product experience is packaged into a simple URL that transforms into a virtual portal to your entire catalogue or interactive campaign.

The traditional cost per click (CPC) and cost per view (CPV) metrics of Web 1.0 and Web 2.0 are relics of a 2D dimensional browser based experience. Today in the interactive Web 3.0 spatial computing era, where the camera is the window to the world, a new metric: cost per scan (CPS), is how marketers will measure online performance.

“Conversion rates for web visitors who interacted with the 3D and AR features jumped 112% on mobile devices and 81% on desktop browsers, while revenue per visit (RPV) surged 87%. EBags’ most engaged shoppers were 35% more likely to convert with 3D and AR supplementing traditional photography.”

Major brands including Nike, Foot Locker, Unilever, Universal Pictures and Verizon have run AR campaigns that include virtual scavenger hunts to interactively promote their products with huge success. In one example, Nike’s Air Jordan III “Tinker” shoe sold out in a mere 23 minutes via a Snapchat AR lens.

As in-store shopping has demonstrated, the more dwell time people spend in the store, the more likely people are to spend. The same results occur in WebAR shopping experiences. The more time people spend in an augmented experience, the more likely people are to purchase an item, with a higher level of customer satisfaction. For example, 71% of consumers say they would shop more often if they used AR, and 40% of consumers say they would pay more for a product that they could customize in AR (ThreeKit).

One of the great myths of AR is that there is no information out there that demonstrates its ROI and success in comparison to traditional forms of marketing. Here, ARtillery’s July 2020 report highlights several case studies, identifying AR advertising as one of the most lucrative AR subsectors, on pace to reach $1.41 billion this year, and $8.02 billion by 2024. 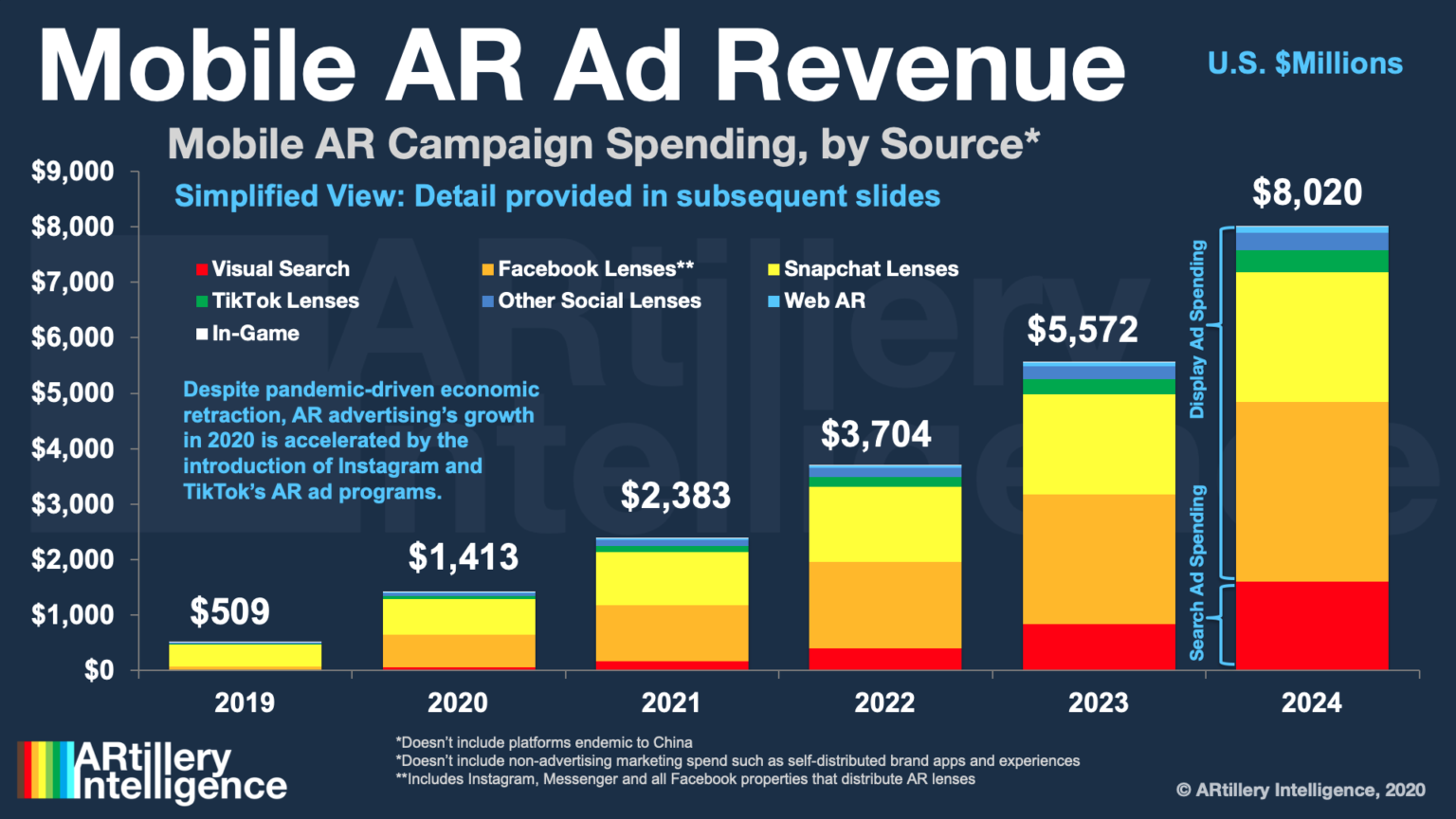 As marketing budgets are shifting to digital at an exponential rate, AR revenue continues to accelerate as it becomes a part of our everyday virtual shopping behavior in the form of seamless and universal URLs that connect people to the physical world.
Consumers can interact with 3D content, enter contests, and personalize shopping experiences. With WebAR, shopping is no longer a passive experience, it’s an interactive journey. It is time to rethink the scroll and click web format. Today, people are choosing to interact, transact and generate revenue in three dimensions.

Be the first to try Geenee WebAR

Any cookies that may not be particularly necessary for the website to function and is used specifically to collect user personal data via analytics, ads, other embedded contents are termed as non-necessary cookies. It is mandatory to procure user consent prior to running these cookies on your website.