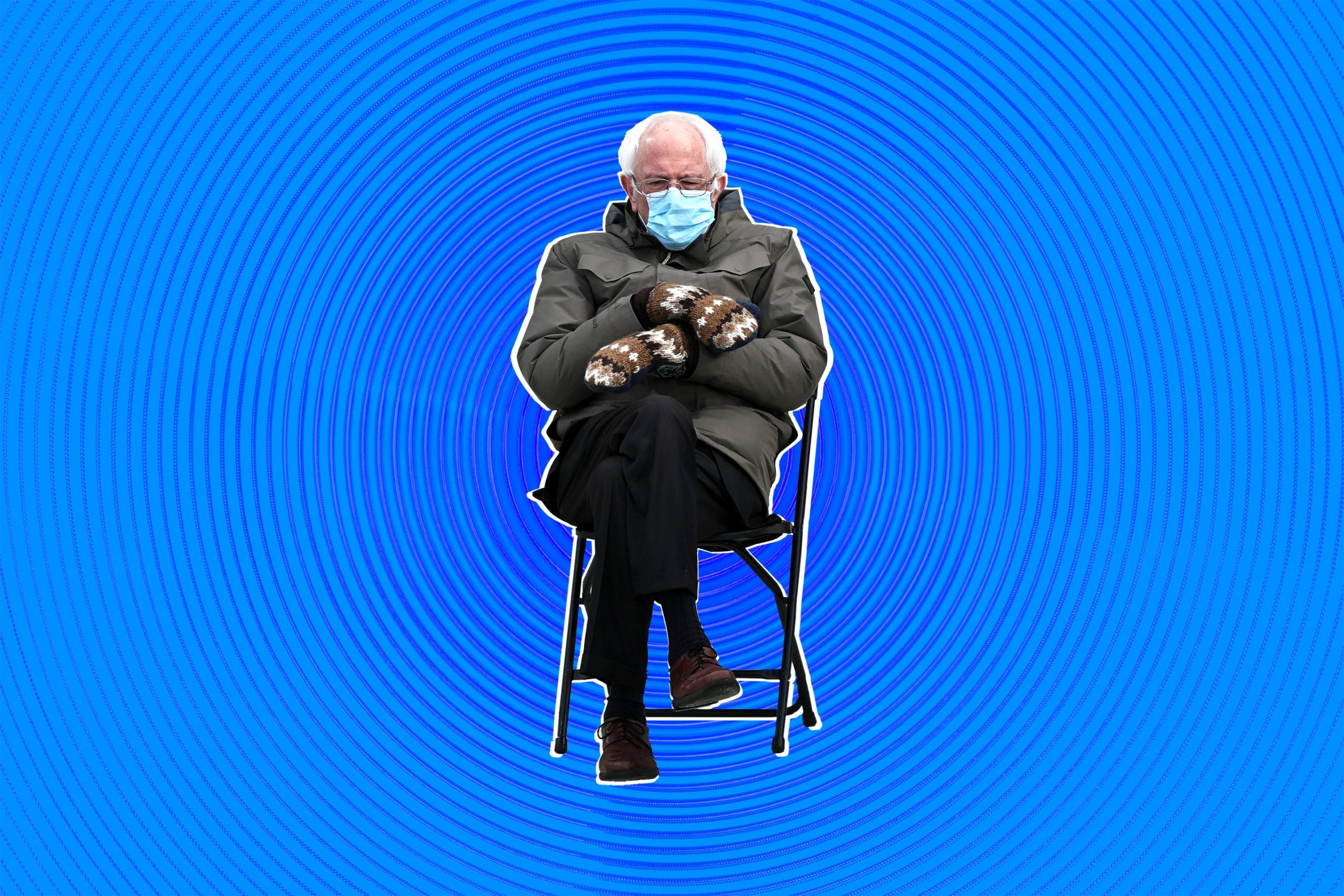 It seems like just yesterday that Senator Bernie Sanders was sitting in his chair at President Joe Biden’s inauguration, cross-legged, with his brown, white and black wool mittens.

When photographer Brendan Smialowski snapped that photo, he had no idea that within hours the image would go viral. 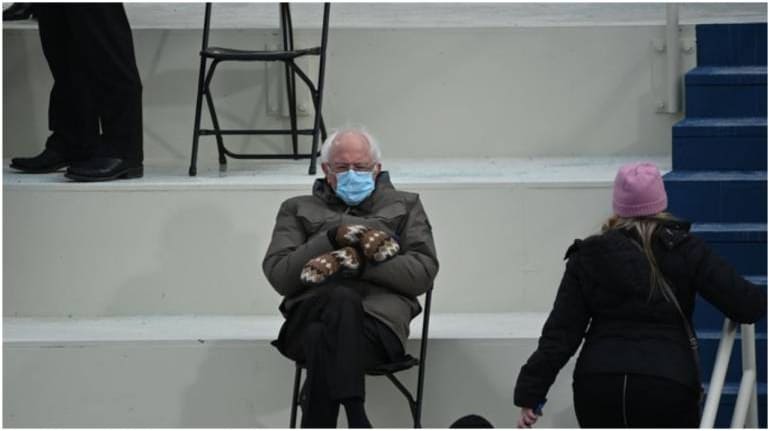 By leveraging WebAR, (browser based augmented reality), millions of people across the US were able to participate in a meaningful social experience, creating their own Bernie meme to share across the internet.

Here, we take a look at what made the Bernie AR meme so successful, and how you can make your own with a simple and seamless WebAR builder.

When Senator Sanders’ image began to trend on social media, AR creators recognized the hype, launching a Bernie WebAR filter in no time at all.

This browser-based (no app required) AR experience enabled everyone to make their own Bernie meme, regardless of image editing or coding skills.

With a one-click URL, Bernie would appear in his chair, jacket, and mittens right in the user’s environment.

You can try it  here! 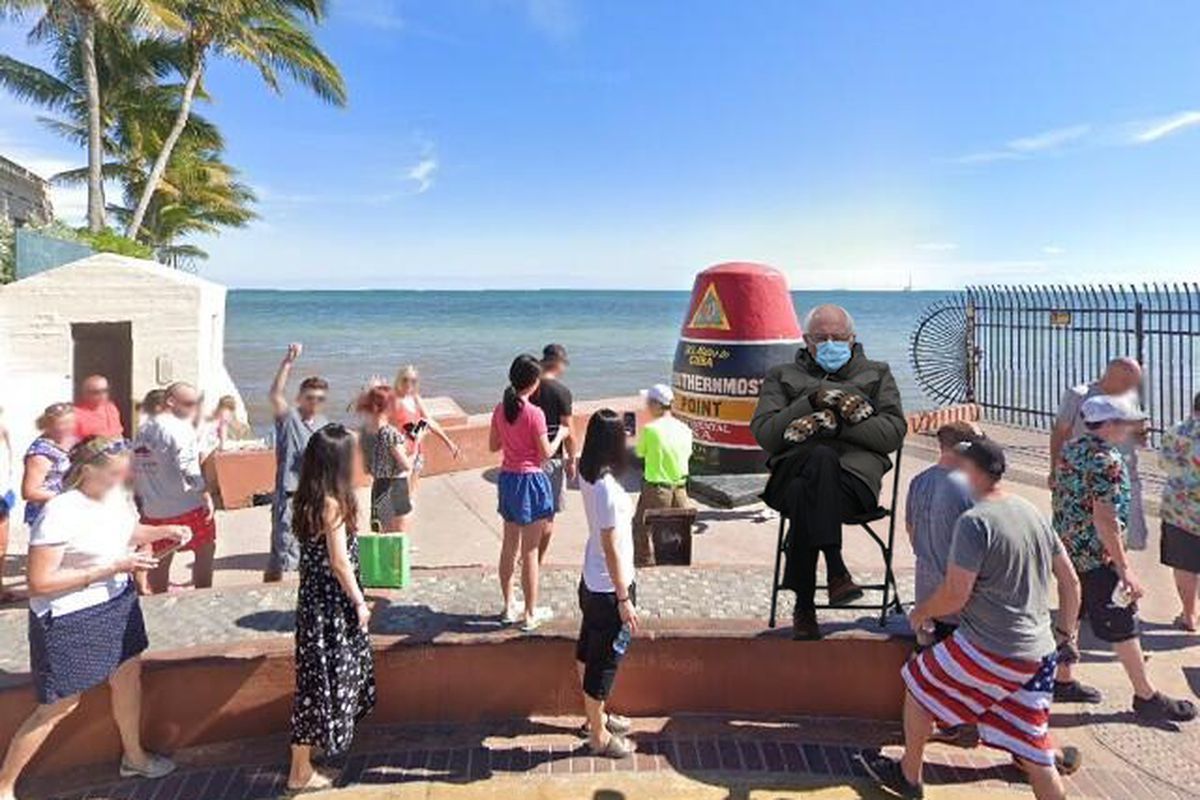 Image Credit: Bernie AR Meme by The Verge. Make your own here.

Augmented Reality Memes: How to Make Your Own

As a simple and fast meme maker, WebAR is democratizing content creation by enabling everyone to make their own 3D assets that are shareable on the web.

This format means unparalleled scalability as WebAR meme generators are compatible across all platforms, including social media, email, newsletters, and website integrations.

In the same way that meme generators have single-handedly launched and sustained billions of Twitter threads, Insta-stories and Reddit forums for the past decade, WebAR is bringing a new generation of 3D, UGC (user generated content) memes to the internet, where audiences make each meme their own.

If users can make and share WebAR memes so simply, this means that your brand can too. WebAR also allows for the co-creation of branded content, greatly increasing the grassroots impact of a campaign.

Actively engaged users will spend more time within the experience to make it their own. For brands, this means commercially relevant content can be personalised, garnering far more attention than traditional media.

To check out these stats in detail, you can download Geenee’s 2021 Augmented Reality Trends Report. 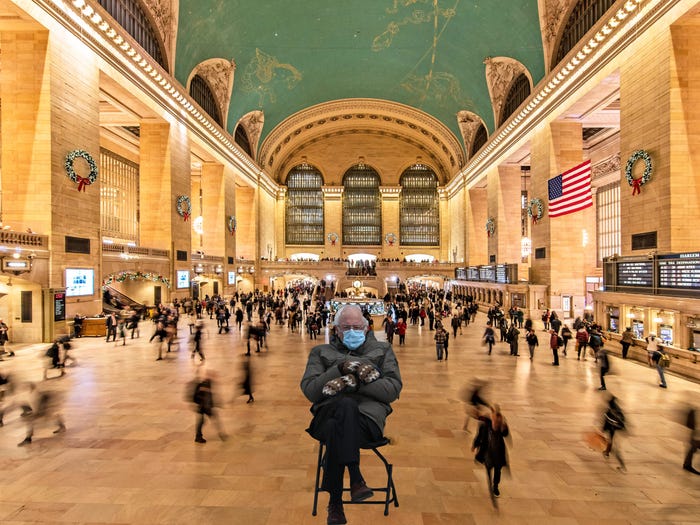 Ready to make your own? Even non-AR specialists can use a code-free, drag-and-drop WebAR builder to customize and deploy a bespoke AR experience.

To get started, we’ve outlined a few best practices for your next AR meme:

The Bernie Sanders meme is a funny posture and strong character, pictured close-up, expressing a universal emotion “it’s cold”! While the composition isn’t the best, the meme checks all the other boxes.

Image Credit: Bernie AR Meme by The Snow Report. Make your own here.

To top it all off, the Senator’s campaign store released a sweatshirt featuring the meme that has since sold out. In fact, the Bernie meme helped to raise $1.8M for charity.

If there’s anything to take away from the Bernie WebAR experience, it’s that AR is scalable, fun, accessible, monetizable and trend worthy in today’s digital culture and social groups. Meme-ing Enters the Next Dimension

We cover meme-ing, and many more AR trends, in Geenee’s 2021 AR trends report that can be downloaded here.

Want to be one of the first to try out Geenee’s WebAR drag-and-drop builder? Our sign up is live.